The French Socialite Trapped In An Attic For 25 Years 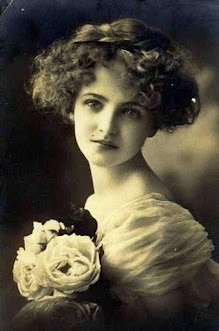 The year is 1876, and this story takes place in Poiters, France. Blanche Monnier had led a strict life under her mother's roof. Madame Monnier, who had won an award from the Committee of Good Works for her generous contributions to the city, ruled her family with an iron will. Blanche Monnier was described as a "joyous and playful" woman with a "wealth of beautiful hair and big brilliant eyes." Her brother Marcel, who was a law school graduate, and was submissive to his widowed mother's every need. Blanche's father Emile, who had been head of a local arts faculty, died in 1879. He left the family a considerable amount of money and they lived comfortably in a spacious and somewhat gloomy old house. Blanche had now reached the age of 25 and was desperate to find a husband before the flames of her youth became extinguished. 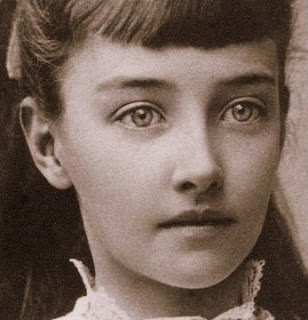 Blanche had recently met a man somewhat older than she was, and the attraction was undeniable. He was an attorney but not a very successful one so Blanche kept the relationship a secret because she knew her mother would disapprove. It's rumored that Blanche had even given birth to a child from this relationship. Eventually, gossip got back to her mother and Blanche was forbidden to see her penniless lawyer ever again.

There were heated arguments between Blanche and her mother, Madame Monnier, at first demanding that the affair must end, then even pleading however, to no avail, Blanche would sneak out at night to meet her love.

After her mother found out, she devised a plan with her son. It was decided that Blanche would be locked in the attic until she would promise to end the relationship. Madame Monnier thought her daughter would quickly relent. After a late night tryst, Blanche returned and quietly climbed the staircase to her room, trying not to disturb her mother and brother, unfortunately what she didn't realize was that her mother and her brother Marcel were waiting at the top of the stairs. They overpowered her and took her her to the attic where her room waited her and to her horror they locked her in.

After examining the attic room or "cell" Blanche realized there was no escape. She would have to wait until her mother realized how strong her will was and it would be a lot longer than either one of them figured.

Lets fast-forward this story 25 years, after years of misery and loneliness, neglect and starvation.  A broken-hearted and broken spirited Blanche has prayed continuously that God rescue her from her enforced misery.

In 1901 the Paris Attorney General received an anonymous letter indicating a woman was being held captive in a home located on "21 Rue De La Visitaion" street in a wealthy neighborhood of Poiters, France. The letter read "Monsieur Attorney General, I have the honor to inform you of an exceptionally serious occurrence. I speak of a spinster who is locked up in Madame Monnier's house, half starved and living on a putrid litter for the past twenty-five years in a word, in her own filth." 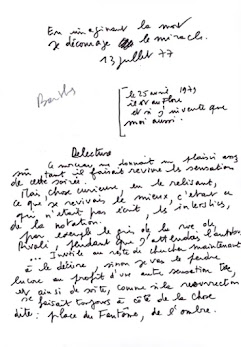 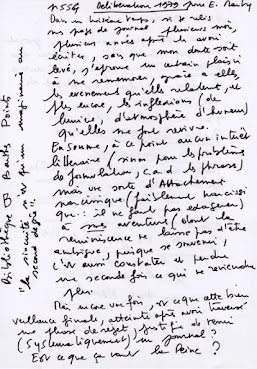 Police, although surprised that allegations were being made against such a respectable pillar of society, yet they were bound to investigate the claims. After arriving to the address and knocking several times, they entered the mansion. They made their way upstairs and to the attic. Once there they heard movement and forced the door open. What they found was a severely emaciated Blanche laying on a bed, in a pool of feces and food debris, with her head hidden beneath the covers. 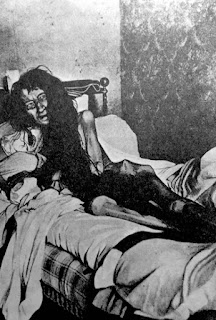 Blanche was now a 49-year-old woman, weighing a mere 55 ponds, naked, terrified and deranged. She hadn't seen sunlight in 24 years, a witness to the horrific discovery described how Blanche was discovered.

"We immediately gave the order to open the casement window. This was done with great difficulty, for the old dark curtains fell down in a heavy shower of dust. To open the shutters, it was necessary to remove them from their hinges." 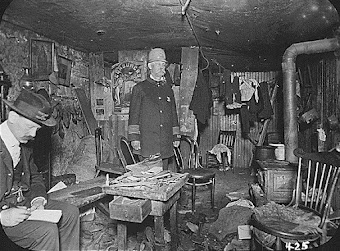 "As soon as light entered the room, we noticed, in the back, laying on a bed, her head and body covered by a repulsively filthy blanket, a woman identified as Mademoiselle Blanche Monnier. The unfortunate woman was laying completely naked on a rotten straw mattress."

"All around her was formed a sort of crust made from excrement fragments of meat , vegetables, fish, and rotten bread. We also saw oyster shells and bugs running across Mademoiselle Monnier's bed." 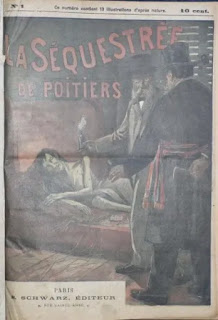 "The air was so unbreathable, the odor given off by the room, was so rank that it was impossible for us to stay any longer to proceed with our investigation."

The terrified woman was quickly wrapped in a blanket and rushed to the Hotel-Dieu Hospital in Paris, where doctors initially thought that she would die. 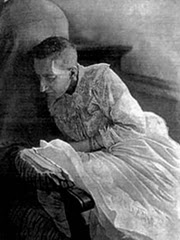 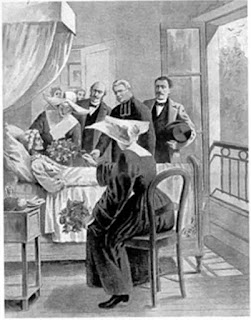 Blanche's mother, 75 year old Madame Monnier, was found serenely posed in the living room, seated calmly at her writing table. Police searched the home and questioned both the mother and brother. Despite claims by Blanche's brother that she was "foul,  angry, overly excited and full of rage'" doctors noted Blanche was calm, never wavering for a moment into fits of anger or excitement. 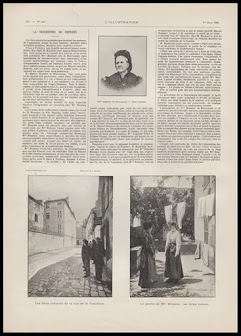 Time passed and Blanche was no longer young. The attorney she loved so much had died in 1885. Blanche's brother, Marcel, would later claim that Blanche was insane and never attempted to escape the locked and shuttered attic room. 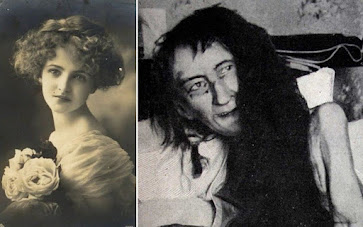 According to court testimony, several witnesses claimed that they often heard Blanche screaming and pleading, including clearly shouting out words such as "police" "pity" and freedom.

Blanche's mother was arrested, but died in the hospital 15 days later. Her brother was also arrested and sentenced to 15 months in prison. He later appealed the sentence and was acquitted. 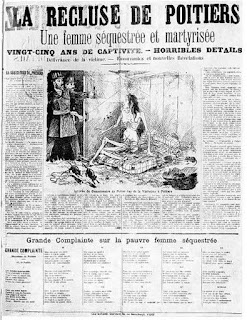 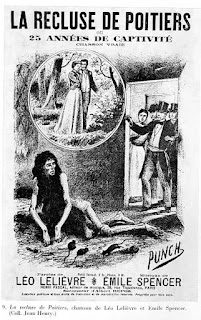 Although Blanche did put on some weight over time, she never regained her sanity. She died in a Blois psychiatric hospital in 1913, 12 years after she was found captive in her attic prison.

There are many things about this case I have questions about one of which is who sent the letter?

There are two theories as to who sent the anonymous letter notifying authorities of Blanche's captivity.  It was first suspected that the anonymous letter had been sent by her brother.  Knowing that his mother was close to death, it is surmised that he sent the letter so that his sister would be rescued before he became her sole caretaker.  Later it was thought that an ex-soldier, who assisted one of the housemaids but felt no loyalty to the household, had sent the letter to authorities.  The identity of Blanche’s savior remains a mystery.