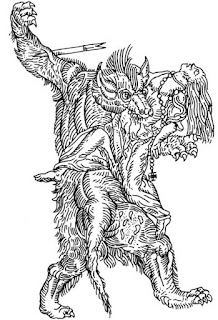 In the late 16th century, the town of Bedburg, Germany was terrorized by a diabolical creature that slaughtered its cattle and snatched away its women and children, killing them with unspeakable morbidity. The shocked and horrified townspeople feared that they were being victimized by a raving demon from Hell or, just as bad, a bloodthirsty werewolf who lived among them. 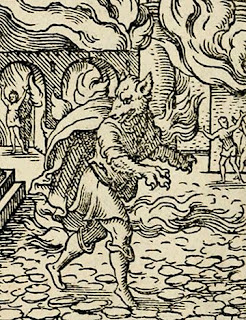 Peter Stubbe (also documented as Peter Stube, Peeter Stubbe, Peter Stübbe and Peter Stumpf, as well as the aliases Abal Griswold, Abil Griswold, and Ubel Griswold) was a wealthy farmer in the rural community of Bedburg, located in the electorate of Cologne, Germany. The community knew him as a pleasant enough widower and father of two adolescent children, whose wealth ensured him a measure of respect and influence. But this was Peter Stubbe's public face. His true nature erupted through some black scar in his soul to satisfy a bloodlust when he donned the skin of a wolf.

At the time, Catholicism and Protestantism were at war for the hearts and minds of the populace, which brought invading armies from both faiths to Bedburg. There were also outbreaks of the dreaded Black Plague. So conflict and death were no strangers to the people of the region, which perhaps provided fertile ground for the awakening of Stubbe's foul deeds.

For many years, farmers around Bedburg were mystified by the strange deaths of some of their cows. Day after day for many weeks, they would find cattle dead in the pastures, ripped open as if by some savage animal.

The farmers naturally suspected wolves, but this was actually the beginning of Peter Stubbe's

unnatural compulsion to mutilate and kill. This insatiable drive would soon escalate into attacks on his neighboring villagers.
Women and Children
Children began to disappear from their farms and homes. Young women vanished from the paths they traveled daily. Some were found dead, horribly mutilated. Others were never found. The community was thrown into a panic. Hungry wolves were again suspected and the villagers armed themselves against the animals.
Some even feared a more devious creature—a werewolf, who could walk among them unsuspected as a man, then transform into a wolf to satisfy its hunger.
This was the case. Although he did not literally transform into a wolf, Peter Stubbe would cloak himself with the skin of a wolf when seeking his victims. At his trial Stubbe confessed that the Devil himself gave him a magic belt of wolf fur at age 12 that, when he put it on, transformed him into "the likeness of a greedy, devouring wolf, strong and mighty, with eyes great and large, which in the night sparkled like brands of fire; a mouth great and wide, with most sharp and cruel teeth; a huge body and mighty paws." When he took the belt off, he believed, he returned to his human state. 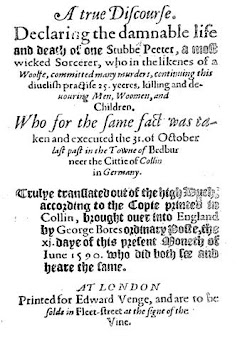 Peter Stubbe was a deranged serial killer, and over the course of his murderous career, he was responsible for the deaths of 13 children, two pregnant women, and numerous livestock. And these were no ordinary murders:

By any definition, Peter Stubbe was a monster. Yet all the while he remained unsuspected by the townspeople. In "The Damnable Life and Death of Stubbe Peeter," written just two years after Stubbe's trial, George Bores wrote:

"And sundry times he would go through the streets of Collin, Bedbur, and Cperadt, in comely habit, and very civilly, as one well known to all the inhabitants thereabout, and oftentimes
was he saluted of those whose friends and children he had butchered, though nothing suspected for the same.When the limbs of several missing people were found in a field, the villagers were further convinced that a ravenous wolf was responsible, and so several hunters set out with their dogs to pursue the predator.

Now here is where the story gets quite strange. The men hunted the creature for days until at last, they saw him. But according to the account, they saw and chased down a wolf, not a man. The dogs chased the animal until they had it cornered. The hunters were sure that they were chasing a wolf, but when they came to the spot where the dogs had it cornered, there cowered Peter Stubbe! According to George Bore's account, being trapped with no room for escape, Stubbe removed his magic belt and transformed from the wolf to his human form.

The hunters saw no magic belt, as Stubbe later claimed he had, but only an ordinary walking stick in his hand. At first they disbelieved their own eyes; after all, Stubbe was a respected, long-time resident. How could he be a werewolf? Perhaps this wasn't really Peter Stubbe at all, they reasoned, but a devilish trick. So they escorted Stubbe to his house and determined that he was indeed the Peter Stubbe they knew.

Peter Stubbe was arrested and tried for the crimes. 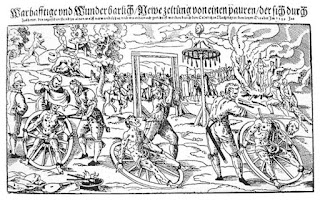 Thought now to be a werewolf, Stubbe was brought to trial, and it was only under pain of torture on the rack that his confession to all of the heinous crimes came out, including sorcery, his consort with the Devil and the story of the magic belt.

This fact has led some researchers to theorize that Stubbe was, in fact, innocent, that his wild confession was elicited by the torture. Perhaps Stubbe himself was a victim of the superstition and religious rivalry taking place at the time: the fear and conviction of a demon-inspired werewolf might lead people back to the "true Church."

Whether he was truly a serial killer or a political victim, Stubbe was found guilty on October 28, 1589, and his execution was as gruesome as any of the crimes of which he was accused: his body was strapped spread-eagle on large wheel; with red-hot pincers, his executioners pulled his flesh from his bones in ten spots; his arms and legs were broken with a large axe; his head was cut off.​

On October 31—today's Halloween—Peter Stubbe's body along with his daughter and his mistress (both of whom were convicted equally of his crimes) were burned at the stake.

By directive of the magistrate, a warning to other potential devil-worshipers was put in place for all to see. The wheel on which Stubbe was tortured was set high on a pole, from which hung 16 yard-long strips of wood, representing his 16 known victims. On top of that was the framed likeness of a wolf, and above on the sharpened point of the pole was..... 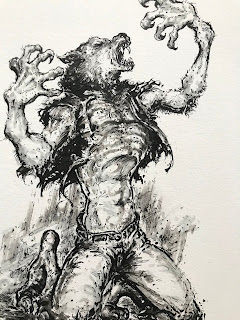 There may be no way of knowing for certain whether Peter Stubbe was a convenient patsy for the authorities (which means a wolf or wolves really were responsible for the deaths), or he was a crazed serial killer of the most abominable kind.

In any case, he was certainly not a shape-shifting werewolf, and George Bore's account of how the hunters chased him down and found him transformed was invented to aid in Stubbe's conviction and to reinforce the superstitions of his readers.

There are no real werewolves...Or are there?